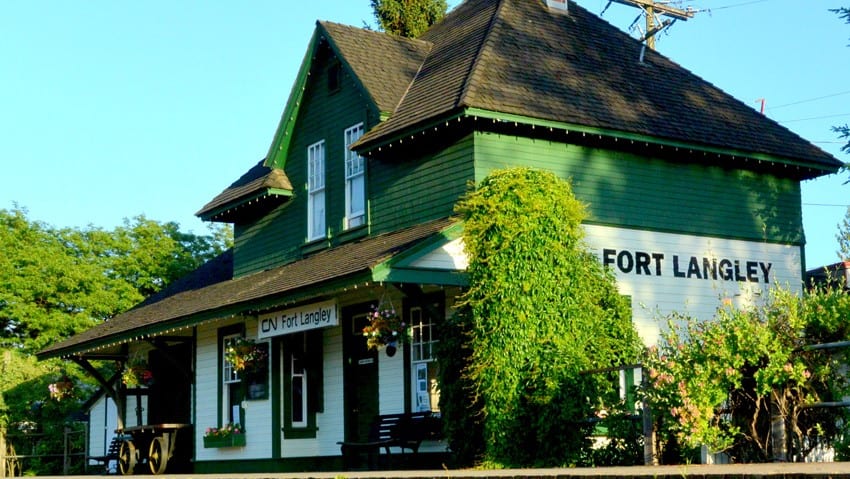 The station was built for the Canadian Northern Railway in 1915 as agriculture expanded and new settlement drew people into the Fraser Valley. Absorbed by the Canadian National Railway in 1918, its life as a passenger station spanned the steam through diesel eras until 1980. Originally located 240 metres to the west, the station was moved in 1983 by Langley Heritage Society volunteers; the building was declared a  Municipal Heritage Site in 1984. Built to a standard 3rd Class Type design, this is one of the few remaining stations like it in western Canada, and the only surviving  station from this era in the Langley region. CN Station is owned by the Township of Langley, maintained and operated by the Langley Heritage Society through an innovative partnership.

When it’s time to rest your head, our hotels, motels, bed & breakfasts, and rustic campsites look forward to welcoming you.